This delivery flight marked the beginning of a new era in aviation for this continent, because not only did it bring to Australia its first turboprop airliner, but the Viscount was also the first large British airliner to be delivered to Australia for twenty years.

It was another step along the road for Essendon based TAA, who had planned for three years to introduce this aircraft to Australia. This aircraft was only the fourth definite customer Vickers had for the Viscount across the world, and its performance and reception more than justified the faith evinced in the aircraft by Mr J L Watkins, TAA’s director of engineering. 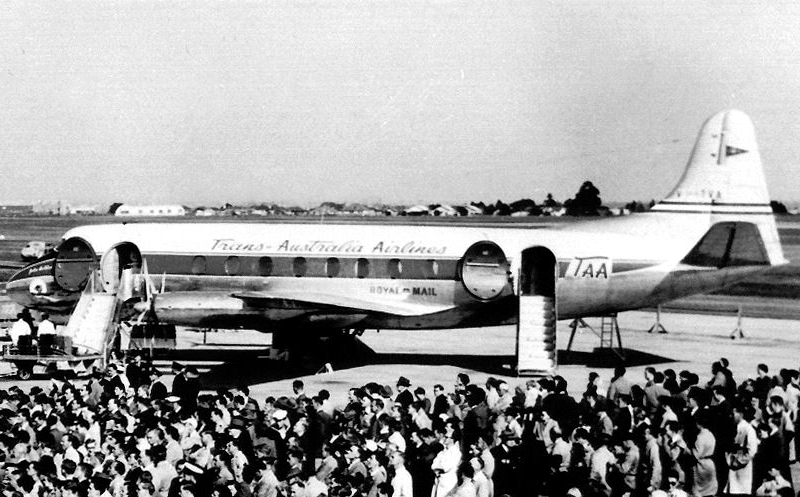 Click to view gallery of images. Photo supplied by CAHS of the Vickers Viscount arrival in 1954 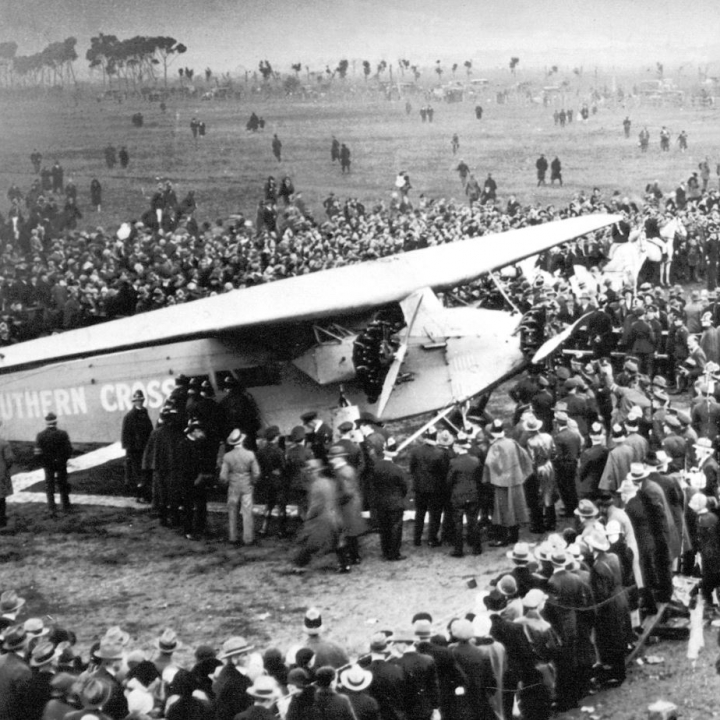 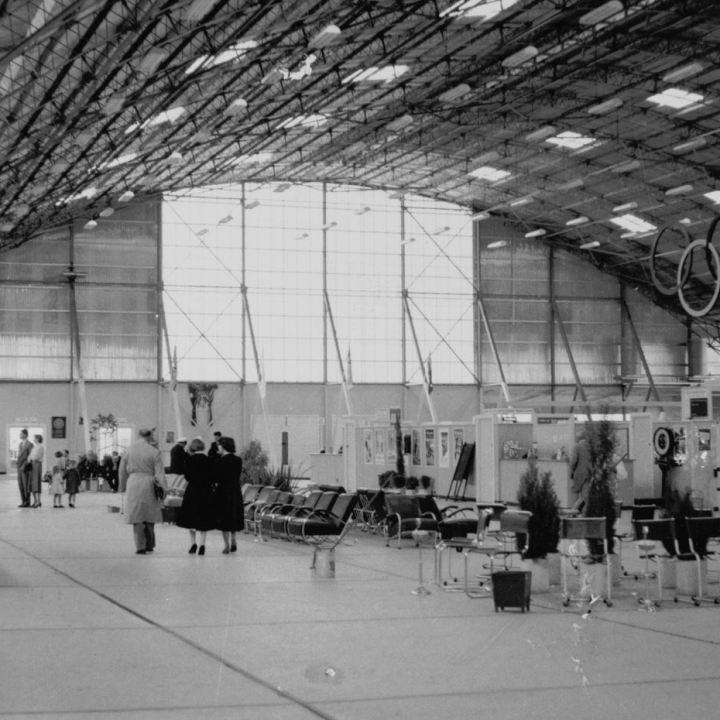 My father went to the Melbourne Olympics