In 1936 the first Aerodrome control tower was built on top of the aero club building, with Aerodrome Control officers (the predecessors of air traffic control) appointed to keep watch over aircraft in flight.

A decade later, it was replaced by a second higher tower, built side-by-side.

By 1949, Essendon Aerodrome was the busiest radio equipped aircraft aerodrome in Australia with 120 landings and take-offs each day.

In 1956, a new air traffic control tower was built, with construction sped up to ensure it would be operational in time to accommodate an influx of arrivals for the Melbourne Olympic Games. The new tower, located on the corner of Wirraway Rd and English Street is still operational today. 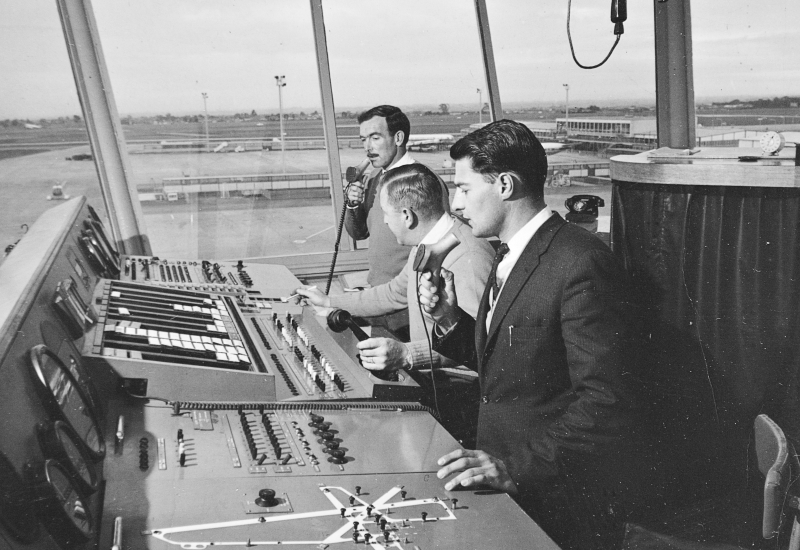 Click to expand. Photo supplied by CAHS of the inside of the Essendon Airport control tower in the 1960s 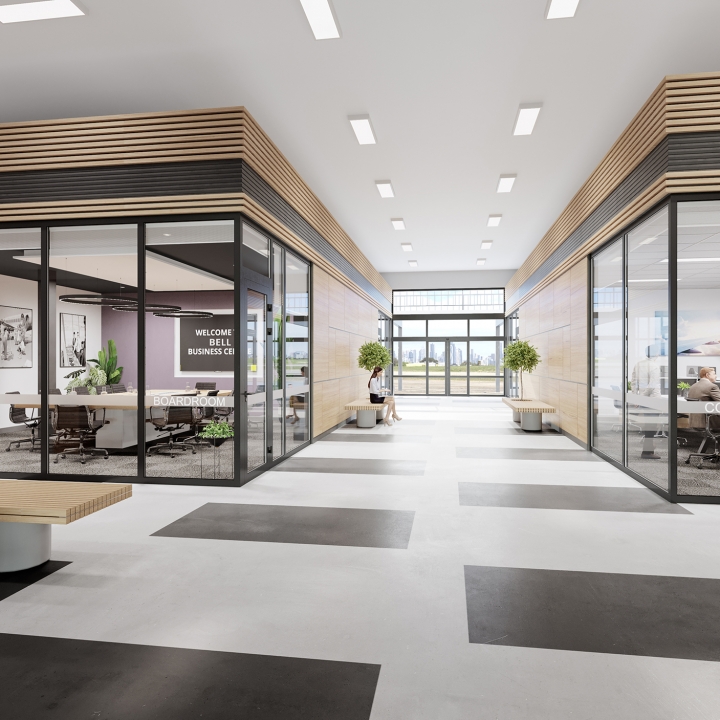 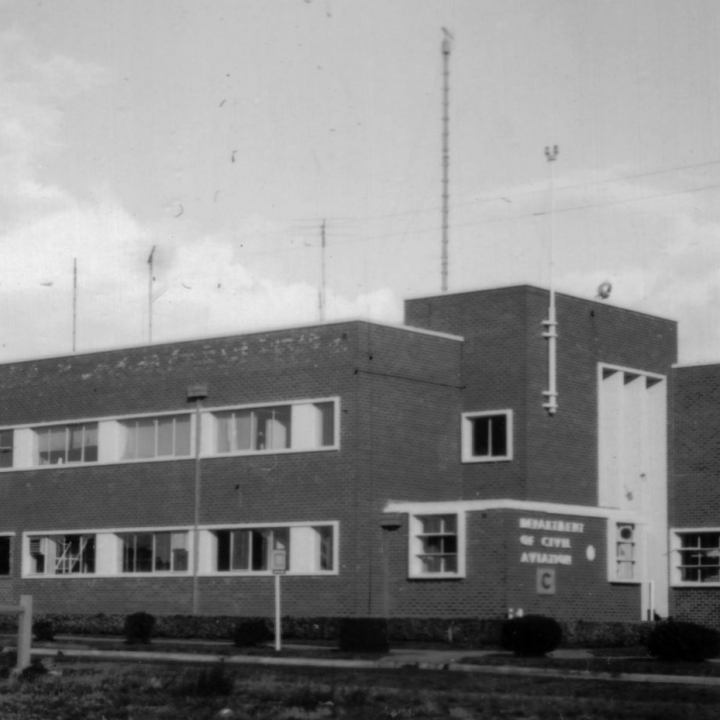